Win 4 ticket and a Meet & Greet

​Join Dan Zanes, “the crown prince of contemporary kid’s music," at The Louisville Palace, presented by The Louisville Children’s Film Festival (LCFF) , on Saturday, February 24 at 2 p.m. (doors at 1 p.m.). In addition to hits such as “Little Nut Tree” and “In The Basement," Zanes and Friends will be featuring songs from their latest CD, Lead Belly, Baby!

Tickets are on sale now and range from $25 - $35. Family 4-Pack's are available for $26.50. Meet & Greet with Zanes post show is available. All ages are welcome. Service charges not included on ticket prices. Tickets subject to price increases. Tickets may be purchased at www.LouisvillePalace.com or at The Louisville Palace Box Office, 625 South Fourth Street.

From thrift shop basements to Carnegie Hall, from Brooklyn to Bahrain and beyond, Zanes has been introducing new songs and reconnecting people to ones that have always been there, and still are—although people may have forgotten aboutthem. Referred to as “the family-music genre’s most outspoken and eloquent advocate” by Time Magazine, his widely- acclaimed music has been featured on Sesame Street, Playhouse Disney, Nickelodeon, HBO Family and Sprout.

Zanes was born in Exeter, New Hampshire in 1961. He wasted his youth as a member of the Del Fuegos from the beginning to the end of the eighties. The group made four albums and toured the U.S. and Europe several times. In 1994, he released a solo CD, Cool Down Time, shortly after which he moved to Brooklyn, New York, and released Rocket Ship Beach (2000) his first step on the long road of children’s music. It became an immediate hit with families around America and the following years he released 14 CDs and 2 DVDs of “all-ages handmade social music” on his Festival Five label. The New York Times said, “Zanes’ kids music works because it is not kids music; it’s just music—music that’s unsanitized, unpasteurized, that’s organic even.” and Houston Chronicle said “Dan Zanes has quietly become the best new thing to happen to family music in the nearly four decades since Woody Guthrie’s death.”

Macaroni Kid Louisville SW has 4 ticket and meet & greet passes to giveaway to you!!!!  Be sure you click and like our Facebook post and return to Enter Here!  Deadline to enter is 11 pm on February 2nd!  Good Luck! 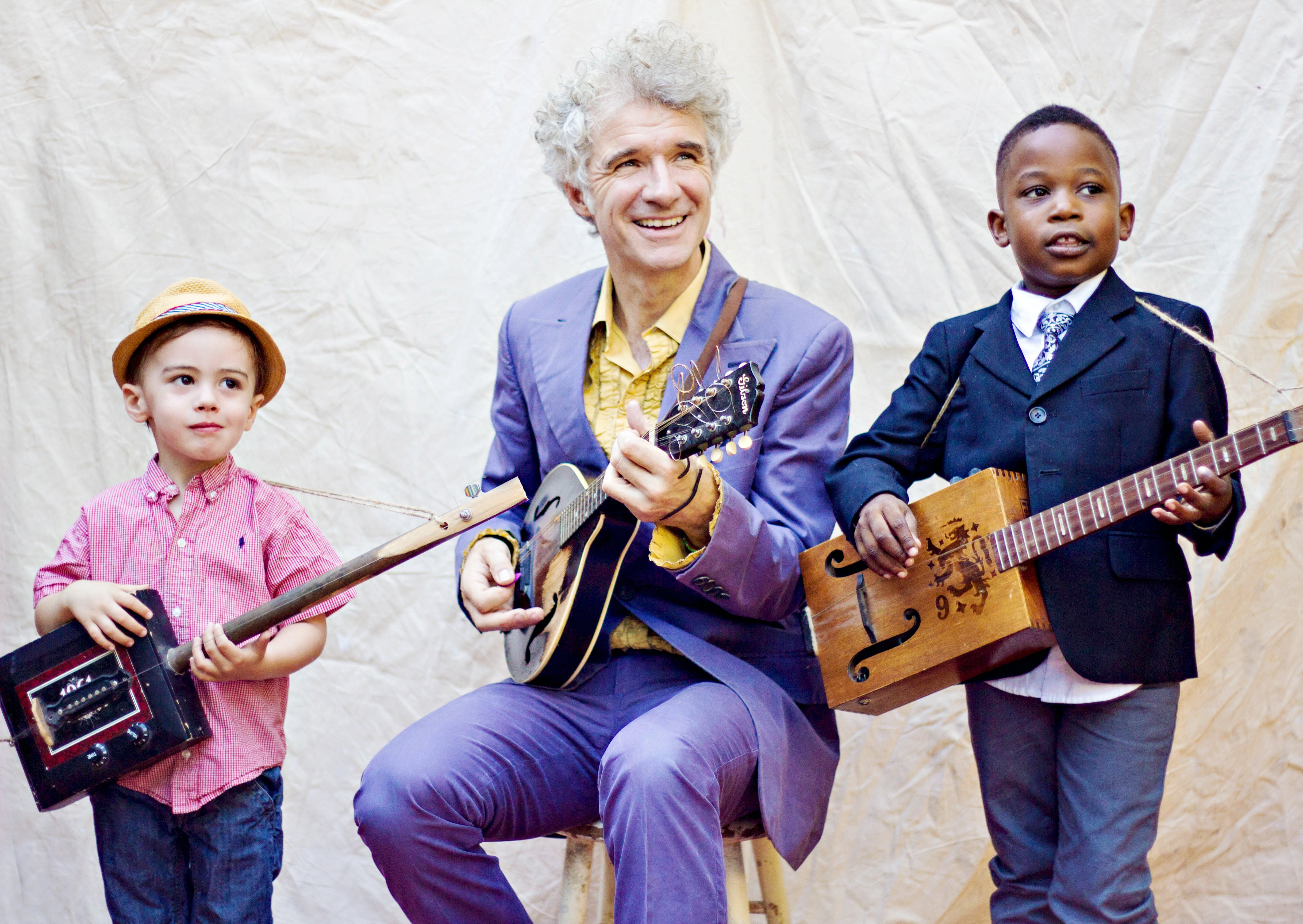 Not a subscriber?  Click Here to get your FREE weekly e-newsletter from Macaroni Kid Louisville SW!

MISSION: To support the educational development of children in Louisville, inspiring an openness and curiosity about the world through the showing of high-quality, diverse films http://louisvillechildrensfilm.org